Maybe. It appears that JP Morgan Chase did just that. Much as marketers love digital advertising (somewhat targeted, prospects find you, etc.) there was always the suspicion that at least some of your spend was wasted. Even in the digital ad age, we were mindful of Wanamaker’s famous quote:

As if to remind us, along comes an intriguing article from the New York Times about JP Morgan Chase bank’s experience after retrenching programmatic ads back to pre-approved (or white-listed) hosts. Their actions came after it was brought to their attention that their display ads were appearing adjacent to undesirable stories, or worse, on completely unsavoury sites

Online ad networks have literally trillions of ad impressions available each day, with Google alone accounting for more than 2 million websites. YouTube (a Google property) has more than 3 million ad supported channels according to an analytics company.

Chase’s ads had been showing up on about 400,000 sites a day over a 30 day period. However, only 12,000 or 3% of the ads were creating activity beyond an impression, so an intern decided to manually click on each of these addresses to see if Chase’s ads were appearing where the bank wanted them to be. It turned out 7,000 of them were not, leaving 5,000 that placed their ads with sites and audiences acceptable to the bank. Chase then requested ad placement only on the vetted sites (a practice called white-listing). So instead of the random display, the bank was now down to just 5,000 of the previous 400,000.So what was JP Morgan Chase’s experience? Well here’s the takeaway for budget-conscious digital marketers. Though it is very early days, despite warnings from some in the ad industry that Chase risked missing out on audience “reach” and efficiency, according to a spokesperson, so far… “We haven’t seen any deterioration in performance metrics.”

It’s ironic that the digital ad industry, like traditional media before it, is still selling the “volume” of ads (impressions) delivered per second, or per day. What happened to the promise of super-targeted delivery, and vastly improved conversions due to increased relevance?

The promise of digital was supposed to be more intelligent placement of messages in front of your identified prospect. Banner ads via networks may not be living up to that promise. Paid Search at least is keyword driven and so may have more likelihood of showing up in a more targeted search.

Some things in marketing never change and one of those is “know thy audience”. The corollary would appear to be… “Know where thy ads are!” 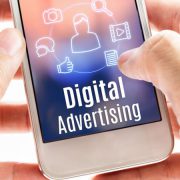 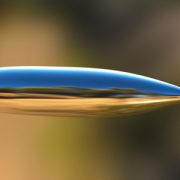 Of Panaceas and Silver Bullets

From touchpoints to journeys: Seeing the world as customers do.